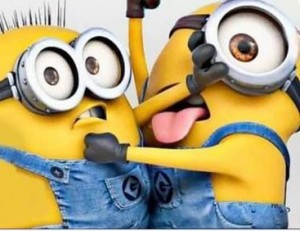 We can start with the contrast between Moras v. Albertson’s LLC,  2016 WL 5661985 (D. Idaho Sept. 29, 2016) and Heinzl v. Cracker Barrel Old Country Stores, Inc., 2016 WL 2347367  (W.D. Pa. Jan. 27, 2016). Both cases involved chain stores with multiple locations and accessibility problems in their parking lots. In both cases the defendant moved for summary judgment based on having corrected the ADA violations, and in both the plaintiff conceded that the remediation work had been done. Beyond that, however, there were significant differences in the two defendants’ approach to the cases.

In Heinzl v. Cracker Barrel, the defendant litigated like crazy, starting with a Motion to Dismiss and efforts to avoid discovery based on claims of privilege. Only after losing preliminary rounds did the defendant begin remediation. In Moras v. Albertson’s, on the other hand, it appears the defendant began remediation immediately after the suit was filed, pinning its hopes for defense on compliance with the law rather than any kind of technical issues.

Equally important, there were real differences in the policies of the two defendants concerning ADA compliance. Cracker Barrel admitted that it had no formal ADA compliance policy, relying instead on biennial reviews and customer complaints to determine whether there were ADA problems. Cracker Barrel also admitted that the reviews were conducted by store managers who had no formal ADA training and whom, the court found, had no tools to adequately measure ADA compliance. The plaintiff pointed out additional issues concerning the adequacy of the reviews, all of which the Court seemed impressed by. Albertson’s, in contrast, had a policy that stores would be built to comply with the ADA, included ADA compliance in architectural reviews that took place every 8 to 10 years, and included ADA compliance in issues managers were supposed to observe between reviews. Beyond that Albertson’s, like Cracker Barrel, relied on customer complaints.

In Cracker Barrel the Court denied a defense motion for summary judgment based on remediation, finding that the defendant had not established as a matter of law that its policies and procedures were adequate to prevent a recurrence of the ADA violations that gave rise to the suit. In Albertson’s the Court reached the opposite result. The differing results may have resulted in part from different plaintiff strategies, but it seems likely that the scorched earth defense in Cracker Barrel, combined with its casual approach to compliance encouraged the Court to believe that Cracker Barrel simply was not committed to ADA compliance.

Two older cases decided only a few days apart illustrate a similar difference in attitude and approach. Both cases were ATM accessibility cases filed by the same plaintiff’s law firm, and it is safe to assume that the work on behalf of the plaintiffs was of equal quality in both cases. The difference was the defendant.

In the first case,  Sawczyn v. BMO Harris Bank Nat. Ass’n, 2014 WL 1089790 (D. Minn. 2014), the plaintiff sued because the defendant’s ATM was not accessible. The defendant argued that the case was moot because non-functioning audio jacks that were the subject of the complaint had been replaced. The defendant did not address other alleged failures to comply with the ADA requirements for ATMs, and could only state with respect to its overall compliance that it was “unaware” of any other problems.  There was no evidence that all the ATMs in the defendant’s system were compliant before the lawsuit was filed, and no evidence of a comprehensive policy for testing to make sure the ATMs remained compliant. The Court was not impressed with the defendant’s laissez faire attitude, and denied its Motion to Dismiss.

In Gomez v. Dade Cnty. Fed. Credit Union,  2014 WL 1217965 (S.D. Fla. 2014) the defense addressed every possible plaintiff argument concerning its ATMs. Affidavits from several employees established that the ATM visited by the Plaintiff and every other  ATM in its network was in compliance both before and after the plaintiff’s visit. While this could not exclude the possibility that the ATM was in fact broken when the plaintiff visited, it was sufficient to establish that there was no likelihood of future non-compliance, or any need for an injunction to compel compliance with the ADA. The Court found that the plaintiff’s claims were moot and dismissed the case.

This is a recurrent pattern in mootness decisions. The name of the game in mootness is to persuade the Court not only that existing problems have been fixed, but also that future problems will be fixed promptly. A defendant with a well established ADA compliance policy that remediates before it litigates is far more likely to succeed with a mootness defense than one who does the least amount of remediation work possible and relies on technical defenses. Fix first, then fight.  The message for business is clear. You must have:

This kind of policy may not guarantee an early victory, but a business without an ADA compliance policy can be almost certain that a mootness defense to policy and procedure claims will fail.*

* Lawyers and others interested in the intricacies of the mootness doctrine in an ADA setting might wish to read the District court decision in Kennedy v. Nick Corcokius Enteprises, Inc. 2015 WL 7253049, at *1 (S.D. Fla. Nov. 17, 2015), which explains in detail when and how the mootness doctrine applies to post-litigation remediation.

Source: Mootness and the ADA – Fighting may not be the best way to win.